from: ‘School of Awakening Dragon’ and ‘Personal Tao’

‘…In Taoism, the dragon is the symbol for the essence of the spiritual half of the cosmos. The dragon breath in-takes the chaos of the unformed potentials of the Tao and breathes out the order of our very nature.

The focus of Awakening Dragon is to re-connect and re-integrate with the spiritual aspects of life.

Modern western culture has focused almost exclusively upon the physical (Tiger) aspects of nature, to the degree the dragon is merely a myth within western culture. Without our spiritual half, life becomes meaningless and without direction. The school of Awakening Dragon concentrates on helping students discover a balance between mind, body and spirit….’

This artwork is really hard to track down and the closest I can come to it is: Green Trees Dragons Monsters Forest Kids Fantasy Art Artwork Magical @ http://kidztrainer.com/wallpapers/Green-Trees-Dragons-Monsters-Forest-Kids-Fantasy-Art-Artwork-Magical#del

The Green Dragon and The White Tiger; “Heaven and Earth” ‘Taoist Cosmology’

The Green Dragon and The White Tiger:

From “Heaven and Earth”
‘Taoist Cosmology’

“…Taoists believe that when the world began, there was only the Tao, a featureless, empty void pregnant with the potential of all things. At this point, the Tao generated swirling patterns of cloudlike energy, called qi (pronounced “chee”). This energy eventually developed two complementary aspects: yin, which is dark, heavy, and feminine, and yang, which is light, airy, and masculine. Yin energy sank to form the earth, yang energy rose to form the heavens, and both energies harmonized to form human beings. Consequently, the human body holds within it the energies of both the earth and the heavens, making it a microcosm of the world. Both yin and yang split further into subdivisions known as the Five Phases, which can be understood through their associations with the elements, seasons, and directions:

The central phase represents a balance of yin and yang.

The primary symbols of yin and yang in ancient China were the white tiger and green dragon, also symbols of autumn and spring, respectively. By the Song dynasty, the Taiji diagram, commonly known in the West as “the yin-yang symbol,” came to represent yin and yang as well…”

Copyright © 2000, The Art Institute of Chicago.

boy oh boy, some original artists are very difficult to find…luckily I was able to find this one!

“To live a pure unselfish life…” 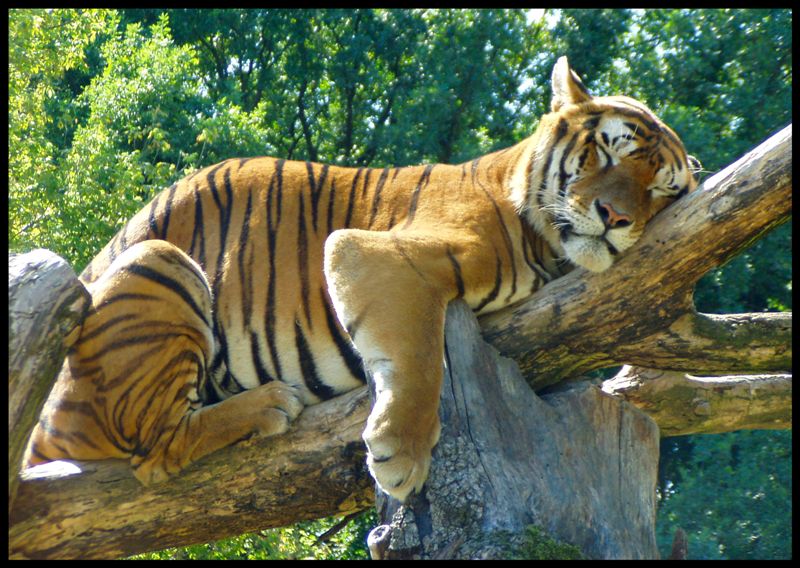 “To live a pure unselfish life, one must count nothing as one’s own in the midst of abundance.”The BuddhaArt title: ‘Tiger’ by Londonbaby @ http://londonbaby.deviantart.com/art/Tiger-43099769

Muspelheim and Niflheim-the lands of fire and ice… 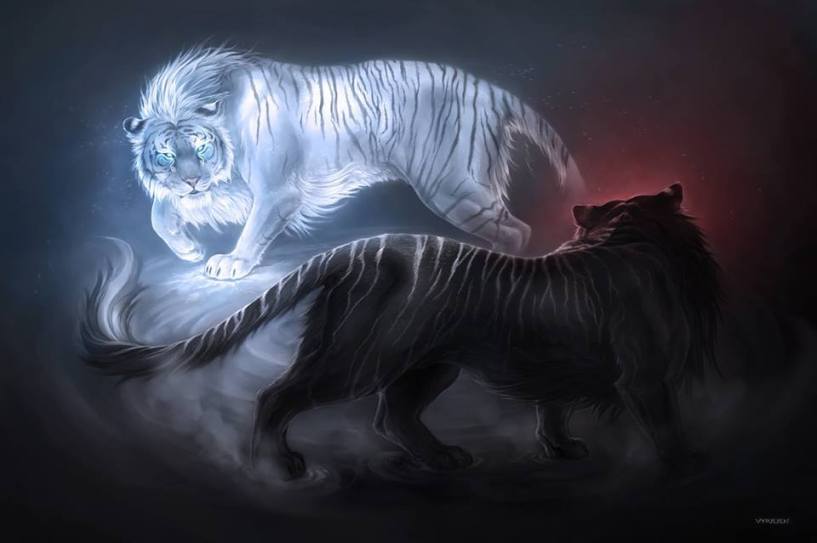 “Thaw and Frost. Muspel and Nifl. Their names are derived from Muspelheim and Niflheim-the lands of fire and ice respectively in Norse mythology.

Two guardian spirits, brothers, watch over the cycle of water in our world. Where Nifl walks the water condenses, turns solid and becomes ice and snow. Muspel follows closely after, his path melting the ice to turn back into water, evaporating it, causing steam and clouds to drift skyward in his wake.

The presence of both tigers ensures the eternal presence of liquid water in our world, our most valuable source of life. In order to sustain this delicate yet important balance they share a mutual reliance on the other.

Despite this however they are highly competitive and fiercely territorial. Certain parts of our world are predominately the terrority of Nifl, while others are governed by the presence of Muspel. Fights over dominance are reflected in the state of our world’s climate, ever shifting and as unpredictable as the spirits’ tempers.

In the end, neither truly wins, nor loses. And as the world cycles through night and day their battle continues to rage beneath the surface of our water.”